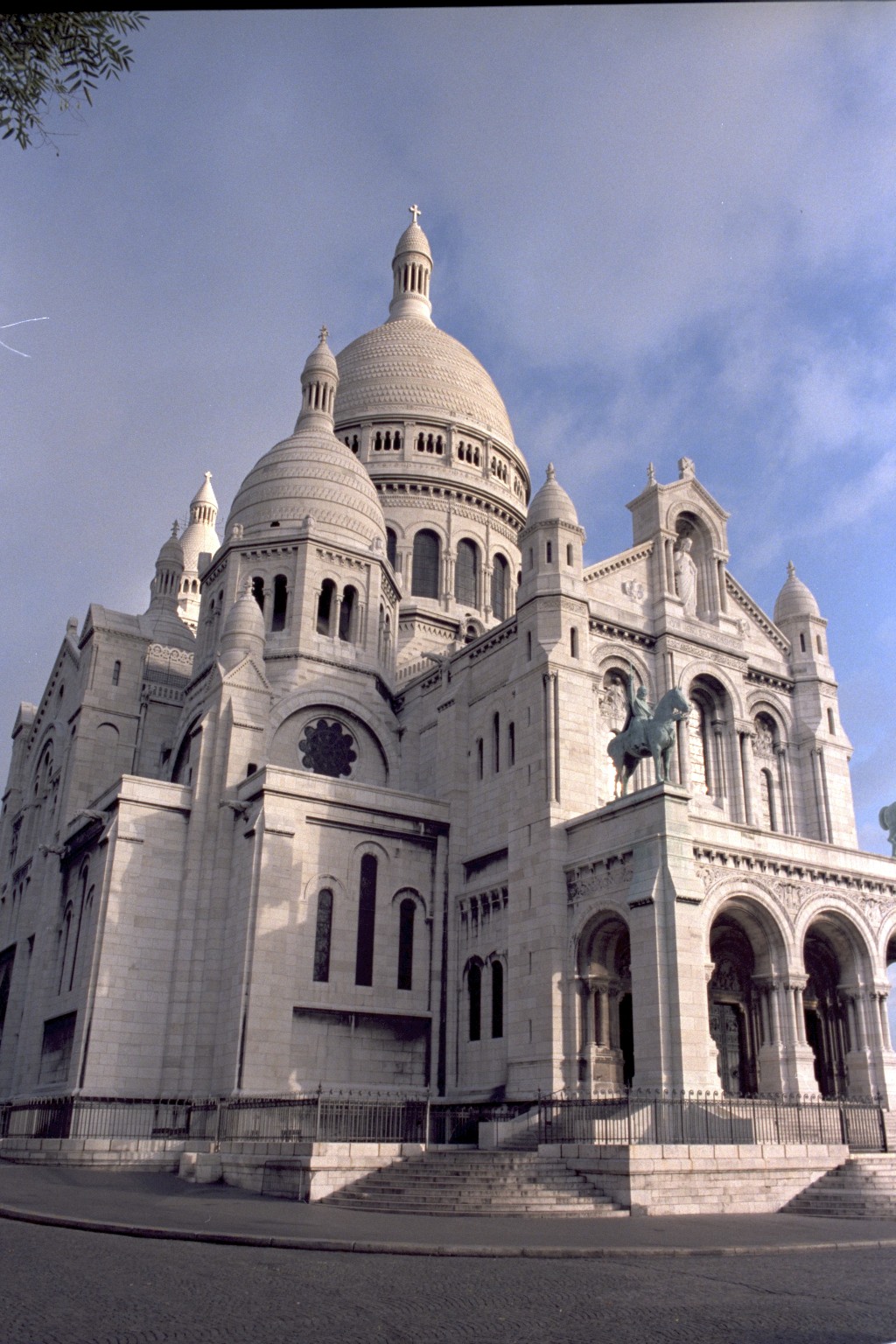 When we have spent four or five days to see central Paris we can begin to think about nearby places. We can forget Montparnasse which is finished. But Montmartre is still worth a visit.

The hill, which the locals call Butte, with the famous Sacré-Coeur, was in the 19th C. the artists’ quarter of Paris. What remains there is a centre of fake art for tourists. And under the hill, around Pigalle, the most boring part of Paris night life is located.

We start by climbing the steps up to Sacré-Coeur or take the funicular uphill. We get there from the Angers metro station in Boulevard de Rochechouart by walking north Rue de Steinkerque. Or from the Abesses metro station by walking Rue de Tac and Rue Tardieu.

Built in a cake-and-cream style 1876-1914. Its fame derives from its singular location and from its white stone of Château Landon which gets whiter and whiter with age. It is formed as a Byzanthian crucifix church with one big dome in the middle and additional four on the corners.

The view in front of the church is truly spectacular.

Alongside Sacré-Coeur is Saint-Pierre.

One of the oldest churches in Paris, from the first half of the 12th C. The building was finished in 1147. It has Romanesque column capitals but is otherwise Gothic in style.