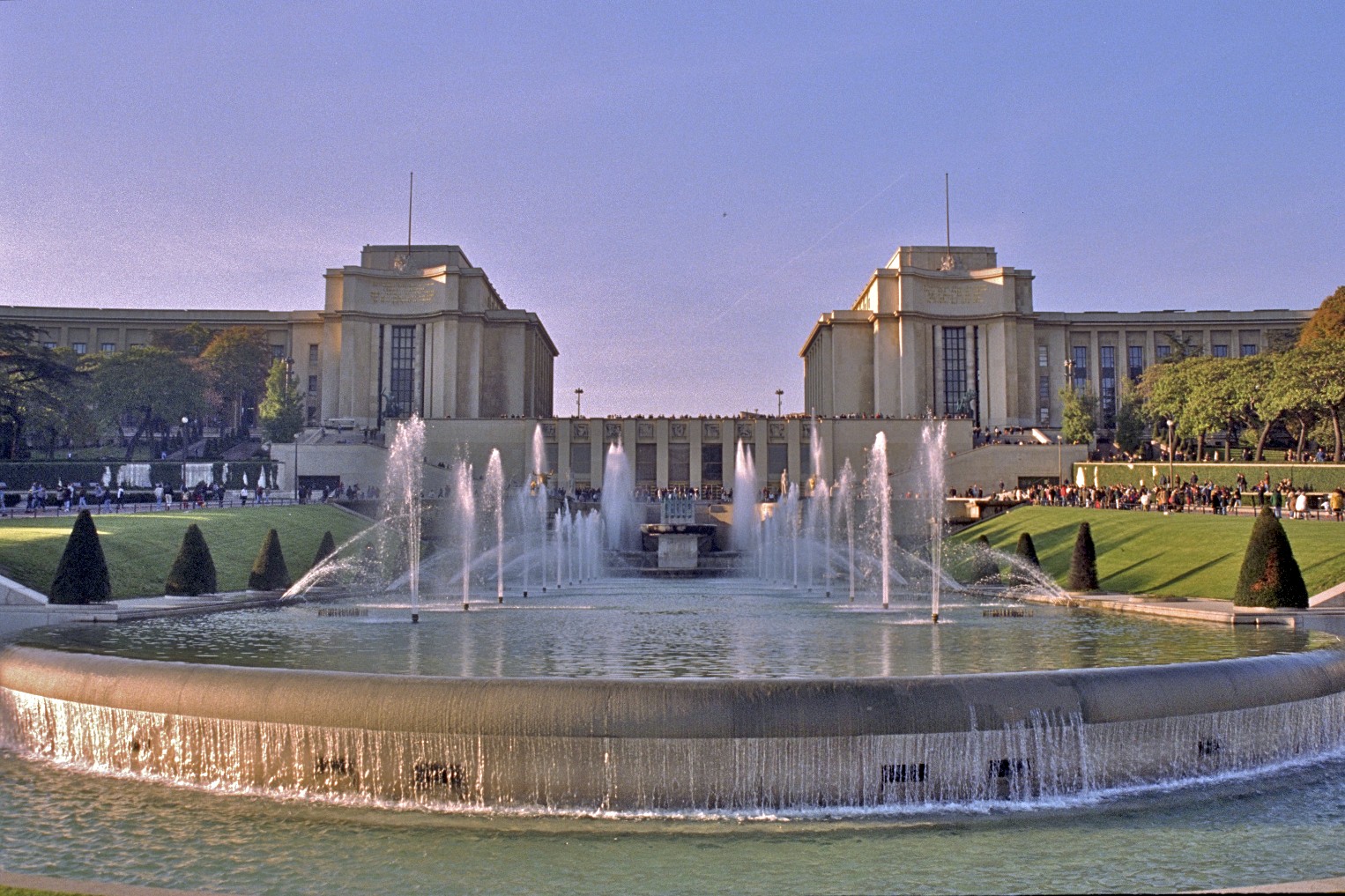 There are some esplanades or green spaces on the Left bank of central Paris in addition to Champs-Élysées and Jardin des Tuileries on the Right bank. There is the Jardin du Luxembourg, the Esplanade and Champs-de-Mars. The last two are the subject of this walk, including such landmarks as Palais Chaillot, Tour Eiffel and the Invalides.

We start at the Trocadero metro station, in front of Palais Chaillot.

The Neoclassic palace was built in 1936-1937 in a Hitler-Stalin version of the style. As it is French it is lighter and milder than other buildings of that megalomaniac period. From the terrace between the two identical parts we see over the garden of Trocadero and the Seine to Tour Eiffel, the fields of Champs-de-Mars and École Militaire. This is the most stunning view in Paris.

From the entrance to the northern half of Chaillot we walk down to one of the largest theatres in France, Théâtre National de Chaillot. The same entrance also leads to the French monument museum and the film museum, Musée du Cinéma Henri Langlois.

From the entrance to the southern half we get to the maritime Musée de la Marine and the ethnological Musée de l’Homme. At the eastern end of the palace we enter Cinémathèque Française where old films are constantly shown to the public, as is done in Palais Beaubourg.

We walk down to the Trocadero gardens.

The gardens cover 10 hectares, sloping down to the river Seine, centring on a pool with statues and fountains, which are illuminated in a spectacular way at night. An aquarium is in the left side of the garden. The gardens were laid out in 1937.