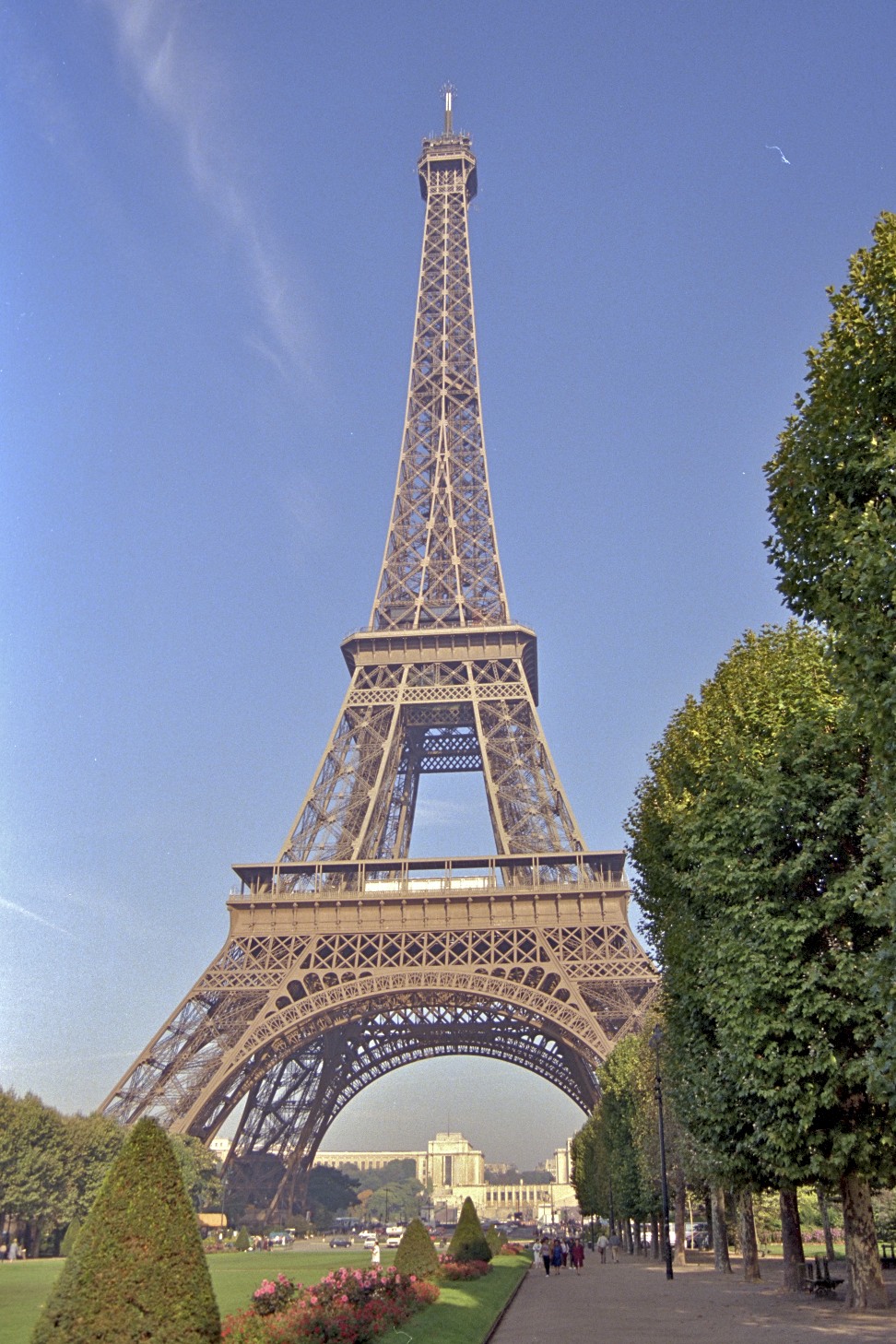 We cross the river by the Iéna bridge and walk under the most famous Paris landmark, Tour Eiffel.

The engineer Eiffel built the featherweight Tour Eiffel as an emblem of the World Fair of 1889. At that time it was the highest construction in the world, 300 meters. Now it is 320.75 meters, including an aerial. It weighs only 7000 tons, or four kilograms per square centimetre, or the weight of a chair and a man.

French intellectuals hated the tower when it was being built. It was to have been razed after the fair. By that time it had become necessary for telegraphic purposes. And now many consider Tour Eiffel to be one of the major and most beautiful works of art in the world.