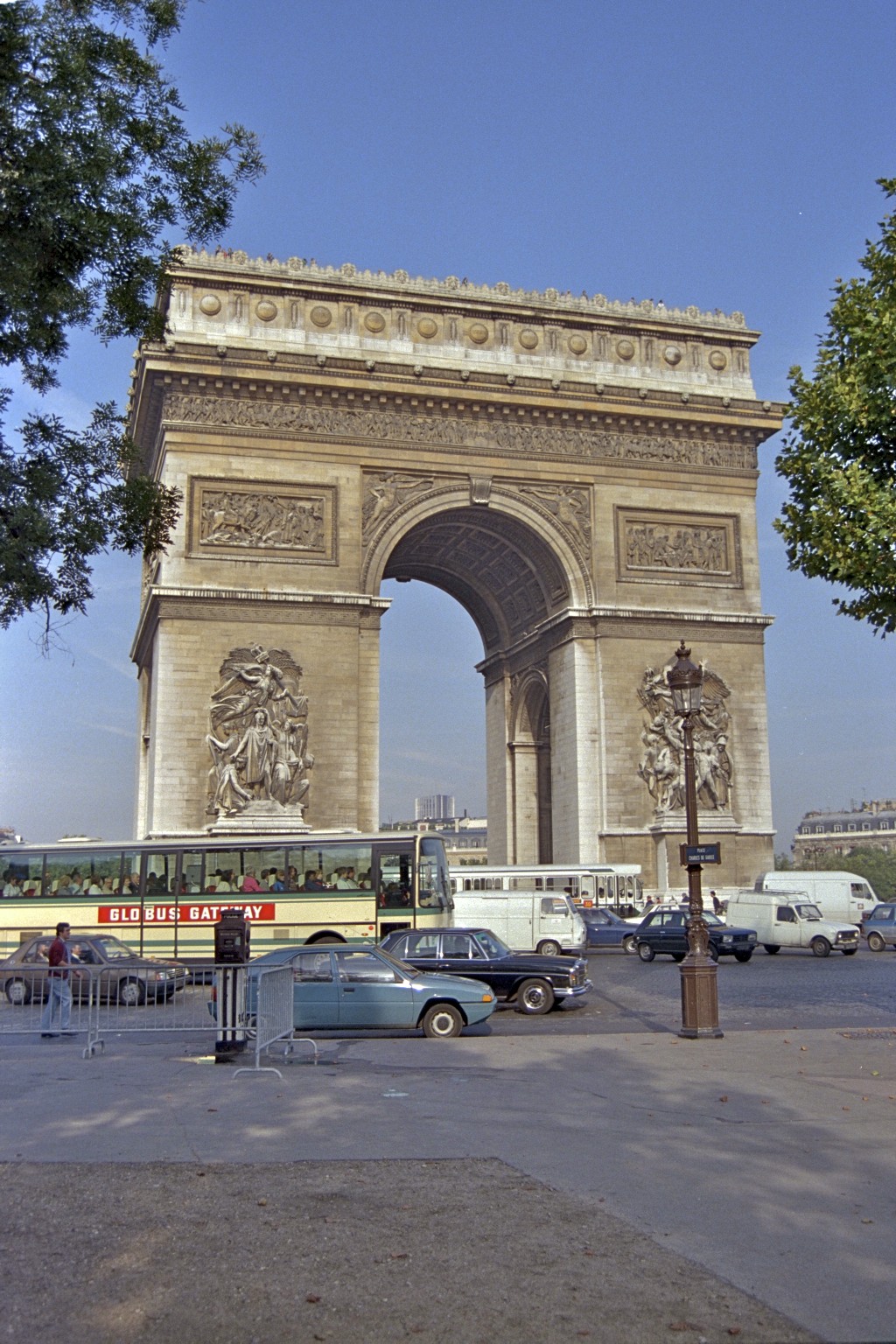 Few if any world cities have such an enormous and successful axis as Paris has in Avenue des Champs-Élysées, a broad and a straight line, not only reaching from Place de la Concorde to Arc de Triomphe, but all the way from the Louvre to the ultramodern suburb of Défense.

This is the main traffic artery in the centre, both automotive and pedestrian. It is full of life from morning to night, as cinemas take over when shops close. On national days this axis is perfect for parades.

We start at Arc de Triomphe.

The arch of victory is one of the main landmarks of Paris, along with Tour Eiffel and Notre-Dame. It is the biggest victory arch in the world, 50 meters in height and 45 meters wide. It was built for Napoleon 1806-1836 and offers a unique view over the city.

Its exterior is decorated with pictures and names in memory of French military victories. And under the arch there burns the flame on the grave of the unknown soldier.

We turn our attention to the surroundings, the Étoile.

The enormous plaza around the arch carries the name of Place Charles-de-Gaulle. It is always called Étoile, quite like the Pompidou museum being called Beaubourg and Charles-de-Gaulle airport called Roissy. The French seem not to accept that names of famous people should evict traditional place-names.

Étoile is one of city planner Haussmann’s main works, laid out in 1854. Twelve of his boulevards run as sun rays from this circular place. As most of them are busy traffic arteries the plaza itself is the main traffic congestion point in the whole city.

According to French traffic rules the cars entering a circular plaza have the right of way and not those which are already there. Therefore, it is an art in itself to choose a right lane to get out again and to the right boulevard. Étoile is the right place for us to admire the wits of driving Frenchmen. Plans have been around for a while to change the rule for this place.