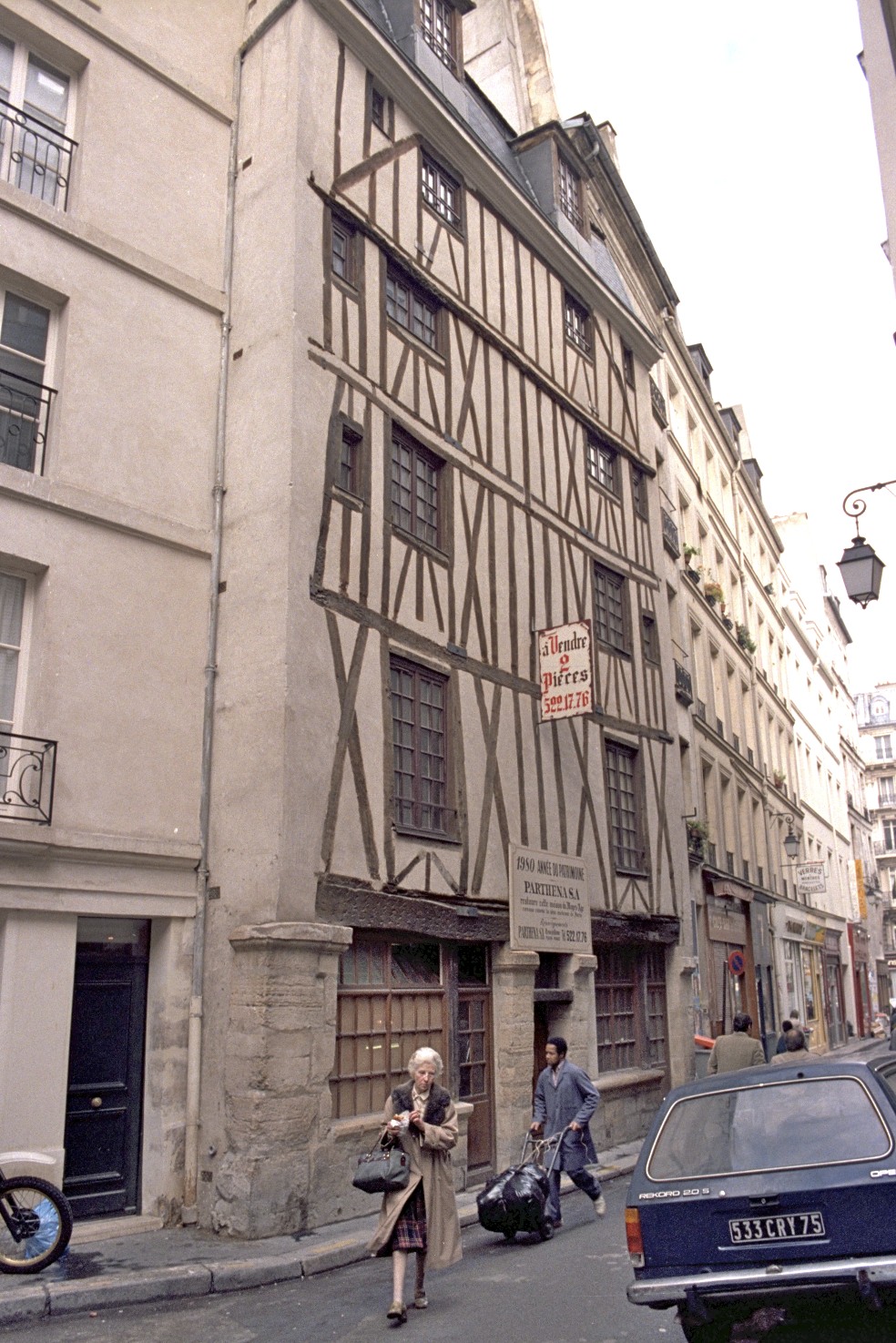 This time we are going to look at rather unknown parts of central Paris.

On the one hand we shall visit some of the old glass-covered passages and arcades of shopping, which are more typical of Paris than of other cities, especially of the 1st and 2nd districts. Early in the last century about 140 such passages existed in the city, of whom about 30 are still in use today.
On the other hand we are to visit the almost secret garden of Palais Royal, which is only a stone’s throw from the Louvre.

We start at the Arts et Métiers metro station. First we walk a short distance to the east along Rue Réaumur and turn right into Rue Volta. There on the right hand side we look at house no. 3.

This half-timbered house of four storeys was until recently thought to be the oldest dwelling-house in Paris, built in the 13th or 14th C. In fact it is a 17th C. imitation. In spite of that it is typical of homes from the Medieval times.