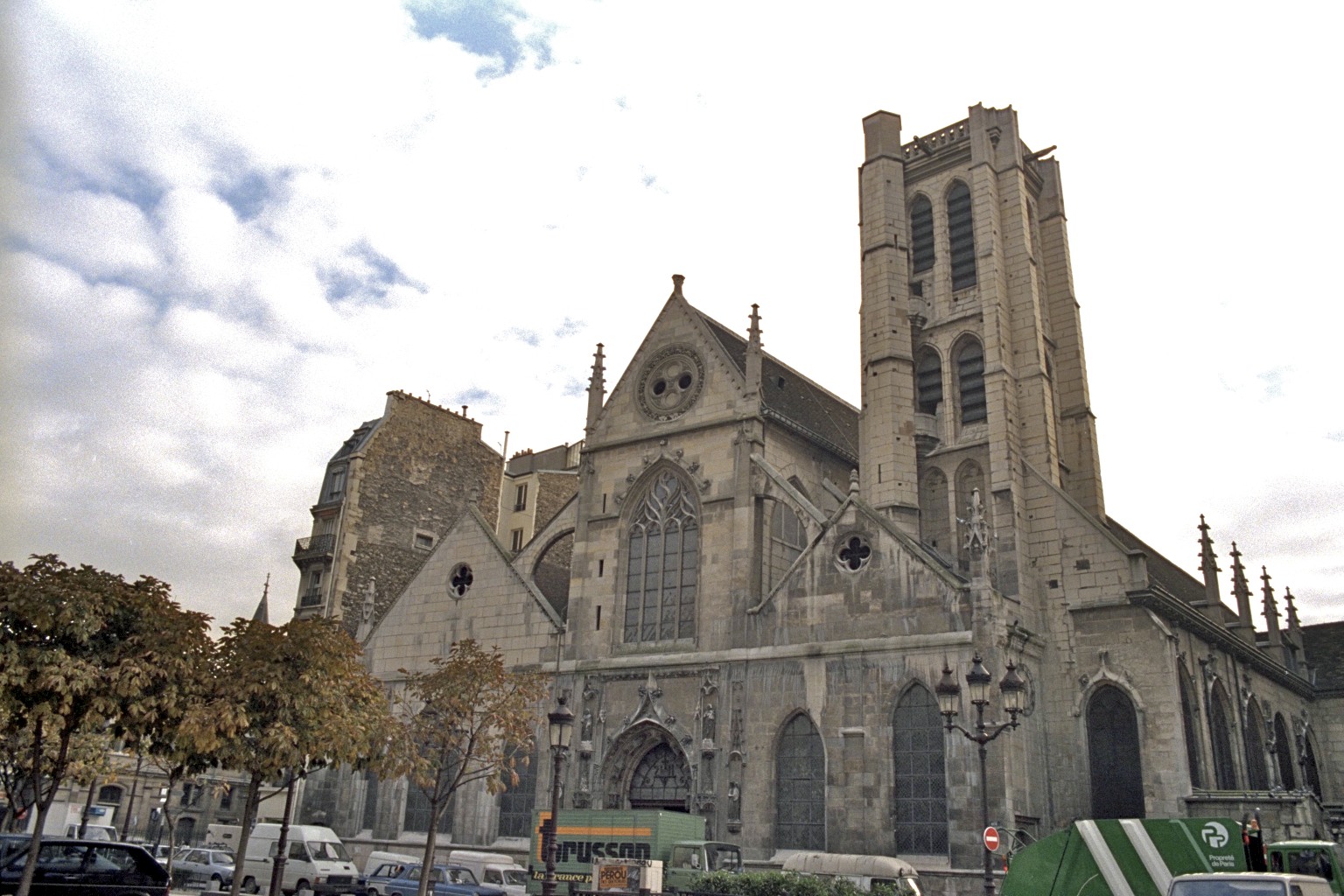 We turn again to the right and walk Rue au Maire to Saint-Nicolas-des-Champs.

A Romanesque church built in the 12th C. in honour of the saint who is now better known as Santa Claus. It is mainly Gothic, with Renaissance parts, the remains of a disappeared Benedictine monastery.

Almost alongside it is Saint-Martin-des-Champs, a Romanesque church from 1130, also a part of the same monastery complex. The back of the chancel is the only remains of the original style.