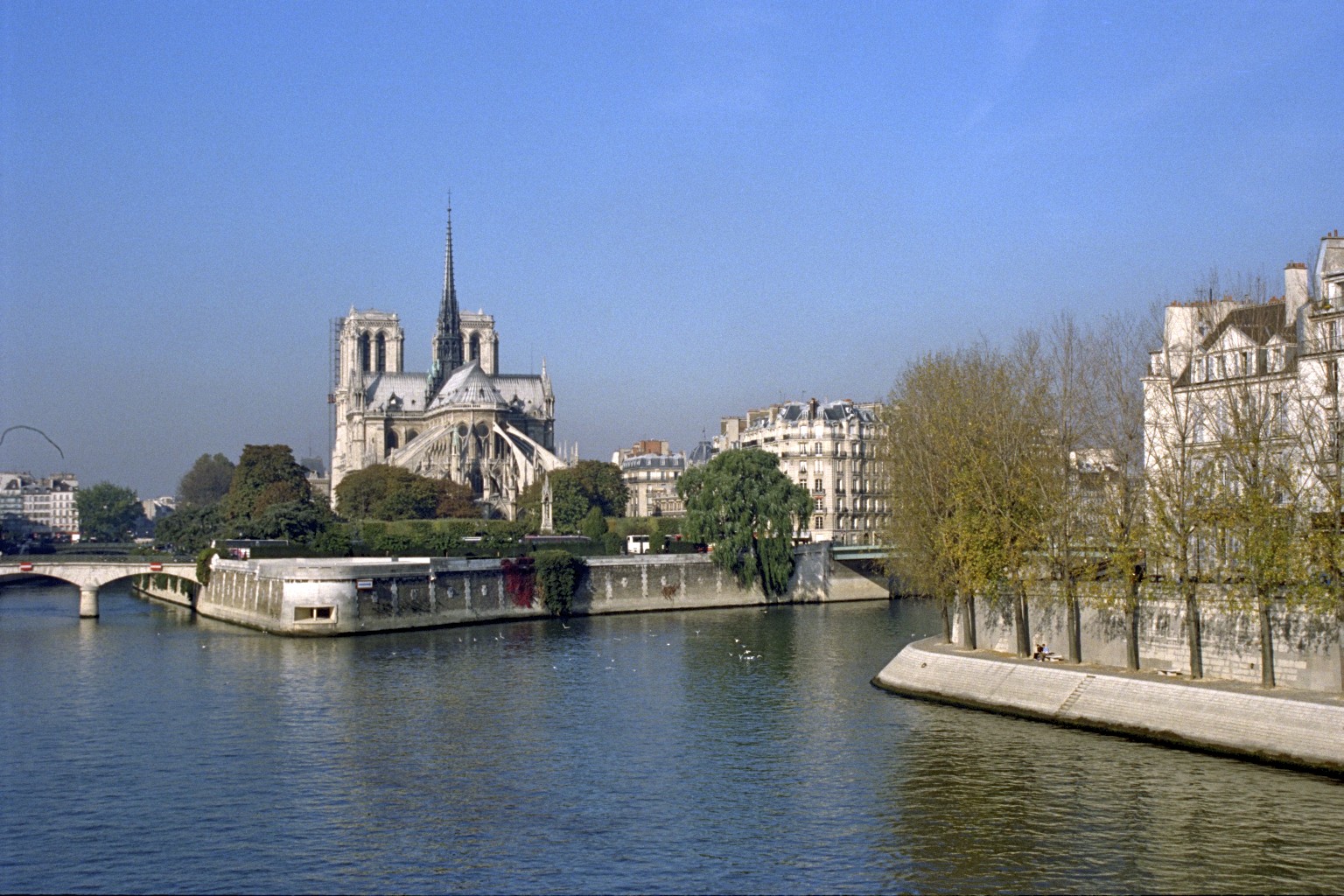 It all began here. Paris was founded on the islands of Seine and later expanded to the Right and Left banks of the river. The churches Notre-Dame and Sainte-Chapelle will be the high points of our walk around the two islands, Île de la Cité  and Île de Saint-Louis.

For the time being we save the former island, the real Paris of ancient times, and begin our walk on the farther tip of Île Saint-Louis, at Pont de Sully. If we arrive by the metro, it is best to get off at the Sully-Morland station and walk across Pont de Sully over to the island.

On the way over the Pont de Sully we scan the Île Saint-Louis which architecturally is the most consistent and graceful part of Paris. On the whole this island is a pleasant and a relaxed oasis in the midst of the frenzy of the city centre, almost aristocratically sleepy.

Two islands were combined in one and built with mansions 1627-1664, in the golden age of France. These houses of more than three centuries are still standing and turn their refined 17th C. Renaissance Mannerist fronts to the river banks. Behind the massive oak doors are hidden the courtyards of the mansions, or hotels as they are called in France.

Originally aristocrats and judges lived here but now there are many well-off artists and retired politicians. The widow of president Pompidou lived here. Emblems in memory of famous inhabitants of former centuries are on many house fronts.