We walk from the Pont de Sully bridge to its intersection with Rue Saint-Louis-en-l’Ile, where our walk really begins. 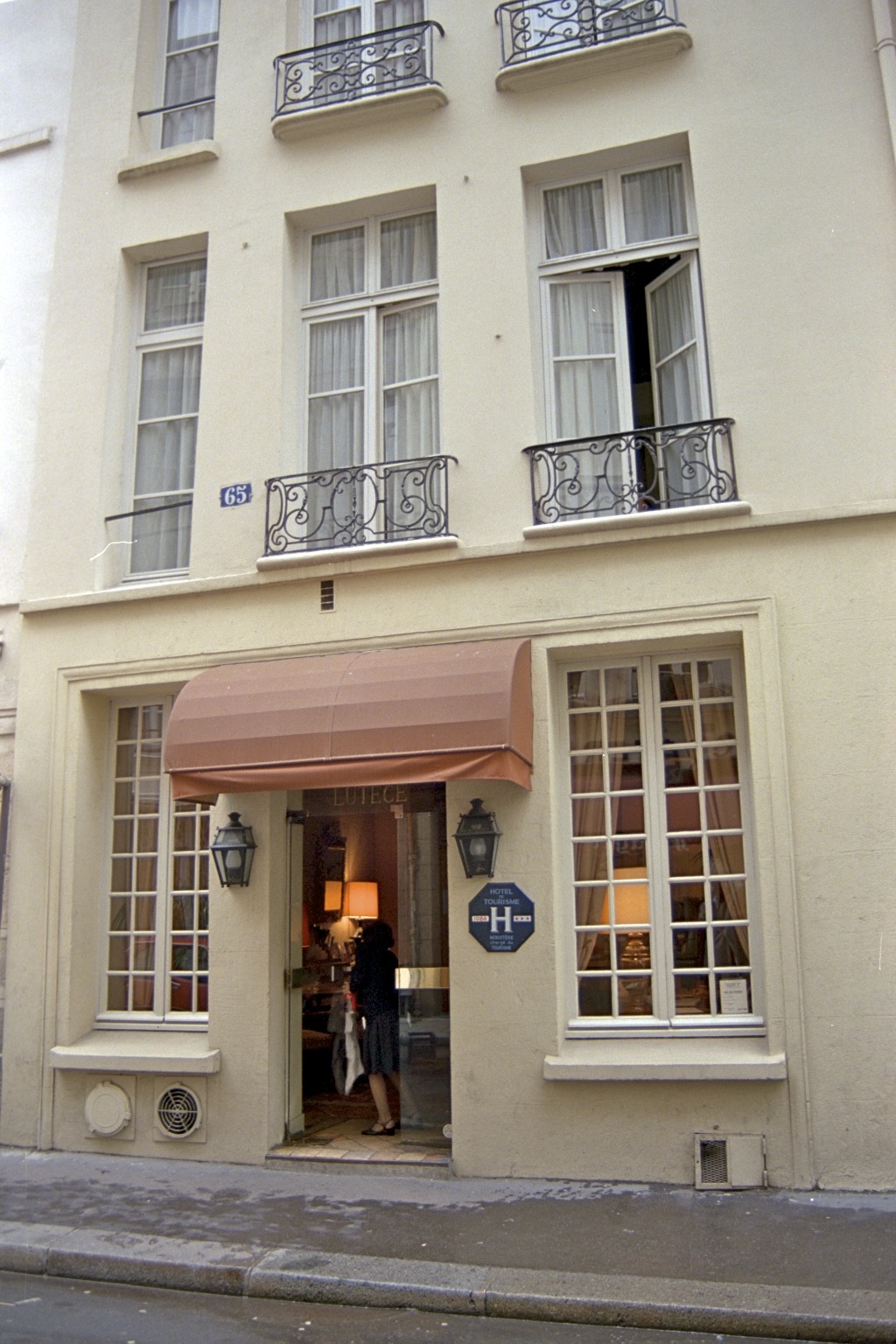 An elegant house on Rue Saint-Louis-en-l’Île

The street with the long name is the backbone of the island, the only street that goes through it lengthwise. It is full of tiny and ench
anting speciality shops, interspersed with restaurants and hotels. The specialization of the shops is so far developed that there are no general butchers, only special beef shops, fowl shops, pork shops and sausage shops.

It is fascinating to observe how the street flows with pedestrians all day long. In the morning it is a world in itself, when the locals go from shop to shop to assemble their lunches and dinners before the tourists take over the scene. Some of the establishments in the street are mentioned elsewhere in this database.

There is also the church which has given its name to the island and the street, Saint-Louis, built 1664-1726, with an interior in decorous Jesuit style by Le Vau, consecrated to Louis IX