We turn left along the front of École Militaire and then right around its corner into Avenue de Tourville, leading us to Église du Dôme des Invalides.

The domed church is a perfect work of art by Hardouin-Mansart, designed in the Jesuit style of the 17th C. Napoleon lies in six coffins in 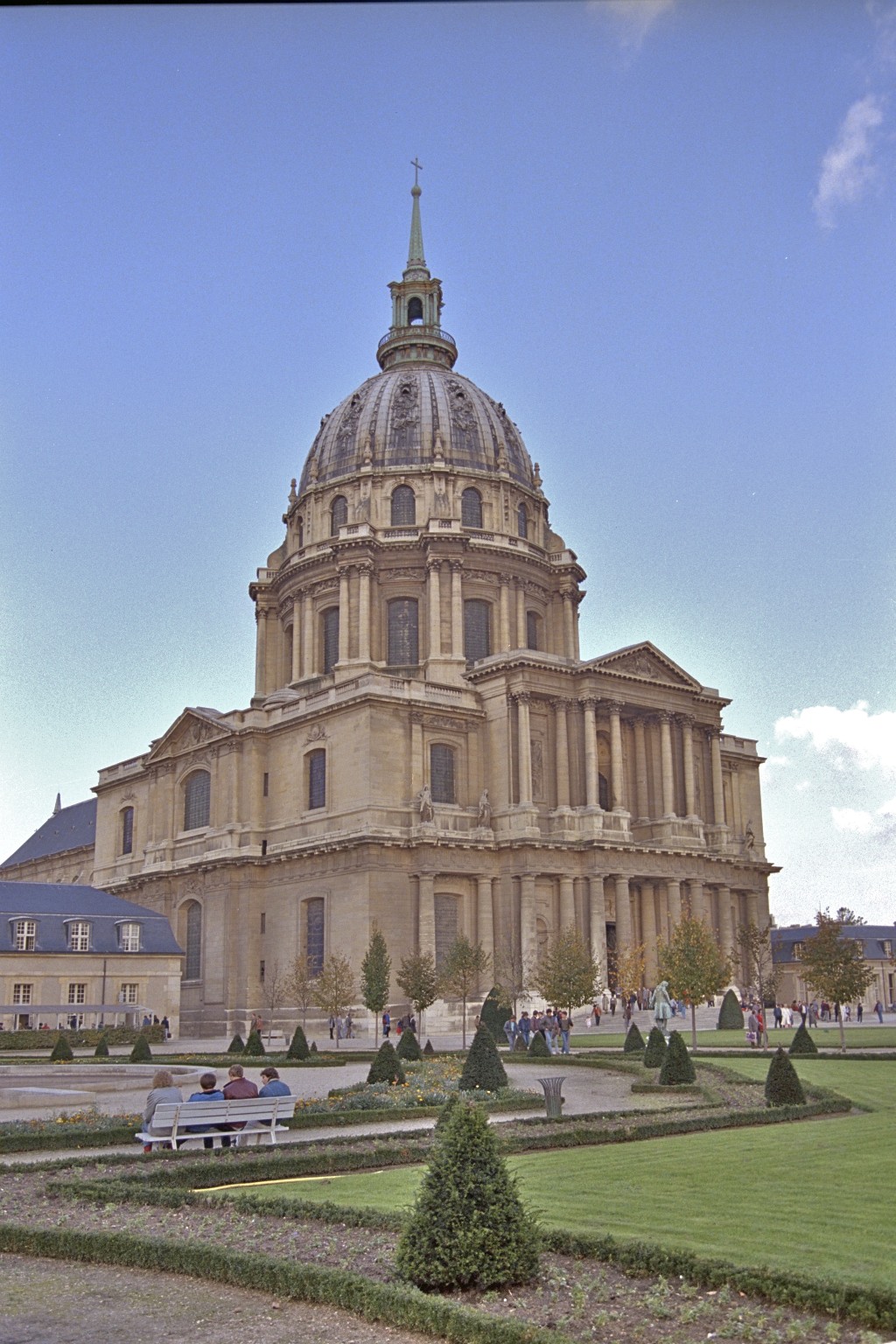 the middle of the church which really is his mortuary. His brothers and some generals also have their tombs in the chapels of the church. The atmosphere is very solemn.

The architectural style has the dome as its most distinctive feature and was a mixture of the French Mannerism and the Catholic Baroque which the Jesuits were at that time trying to introduce in France. The same style is evident in the colonnades with Romanesque arches, Doric columns on the ground level and Corinthian ones above. The dome is of lead, covered with gold leaf.

In a house on the left side of the church tickets are sold for the church and the army museum behind. There is another church behind the altar of this church. It is Saint-Louis-des-Invalides. In fact the two churches share the same altar.

Along the side of the latter church we reach an entrance to the military museums in the Invalides complex.

This was first a home for old and disabled veterans, built 1671-1676. At one time it housed 6000 veterans, but none are now left. It was also a weapons’ depot which was emptied out by revolutionaries in the morning of July 17th, 1789, when they carried away 28,000 rifles.