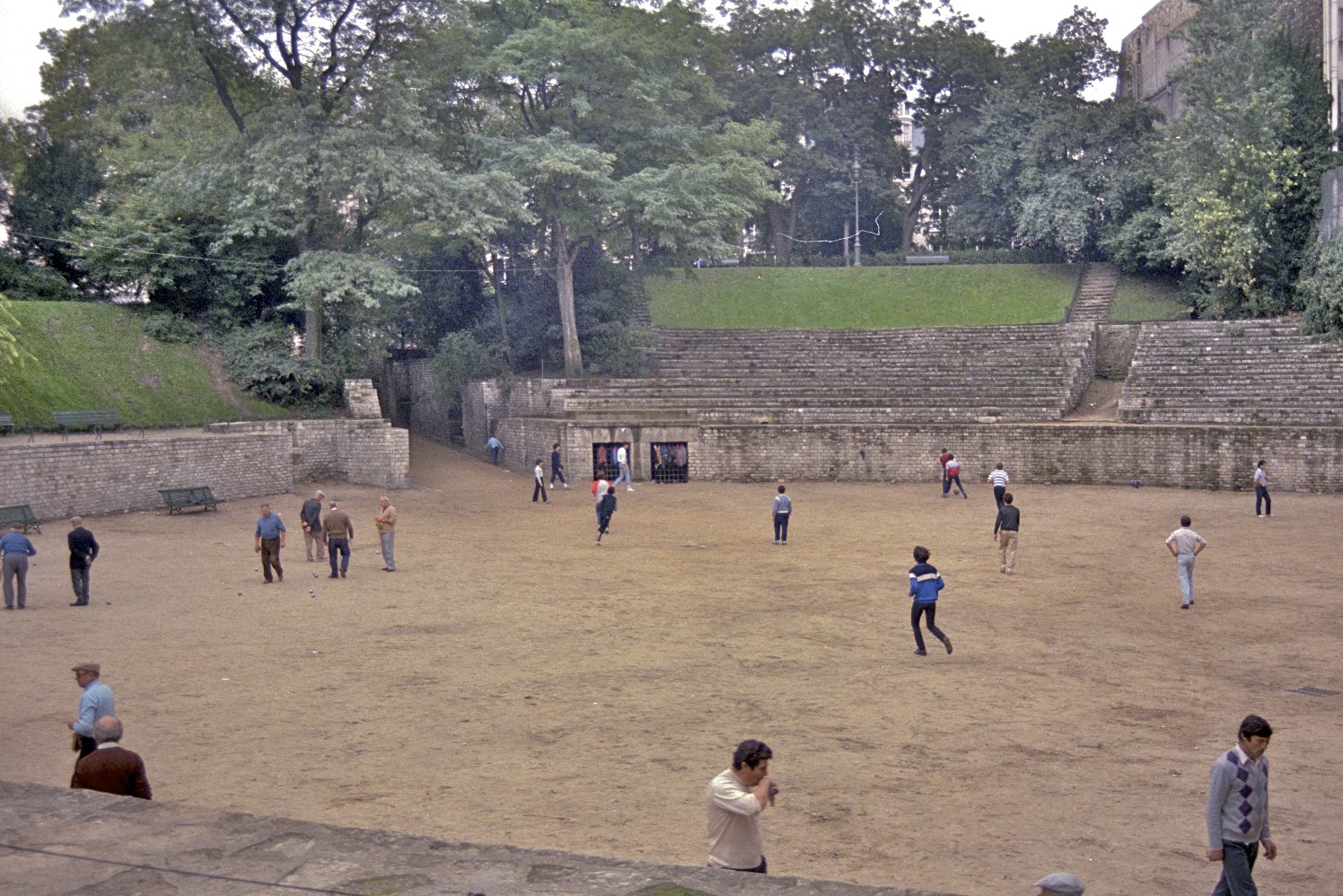 From there we take Rue Lacépede and soon turn right into Rue de Navarre where we arrive at Arènes de Lutèce.

A relatively well-preserved arena from Roman times. Its age has not been established with certainty, but it could be from the 1st C. The Romans first came to Paris in 54 B.C. and had a permanent camp from the year 1 A.D. They called their settlement Lutetia, Lutèce in French. Christianity arrived here about 250. Barbarians sacked Paris in 280 and destroyed the arena.

Since then the structure was forgotten beneath the surface until it was accidentally found during road making in 1869. It has been excavated and now it is used by men playing pétoncle and boys playing soccer, while travellers rest in the audience stalls. Restaurant Baptiste is around the corner.