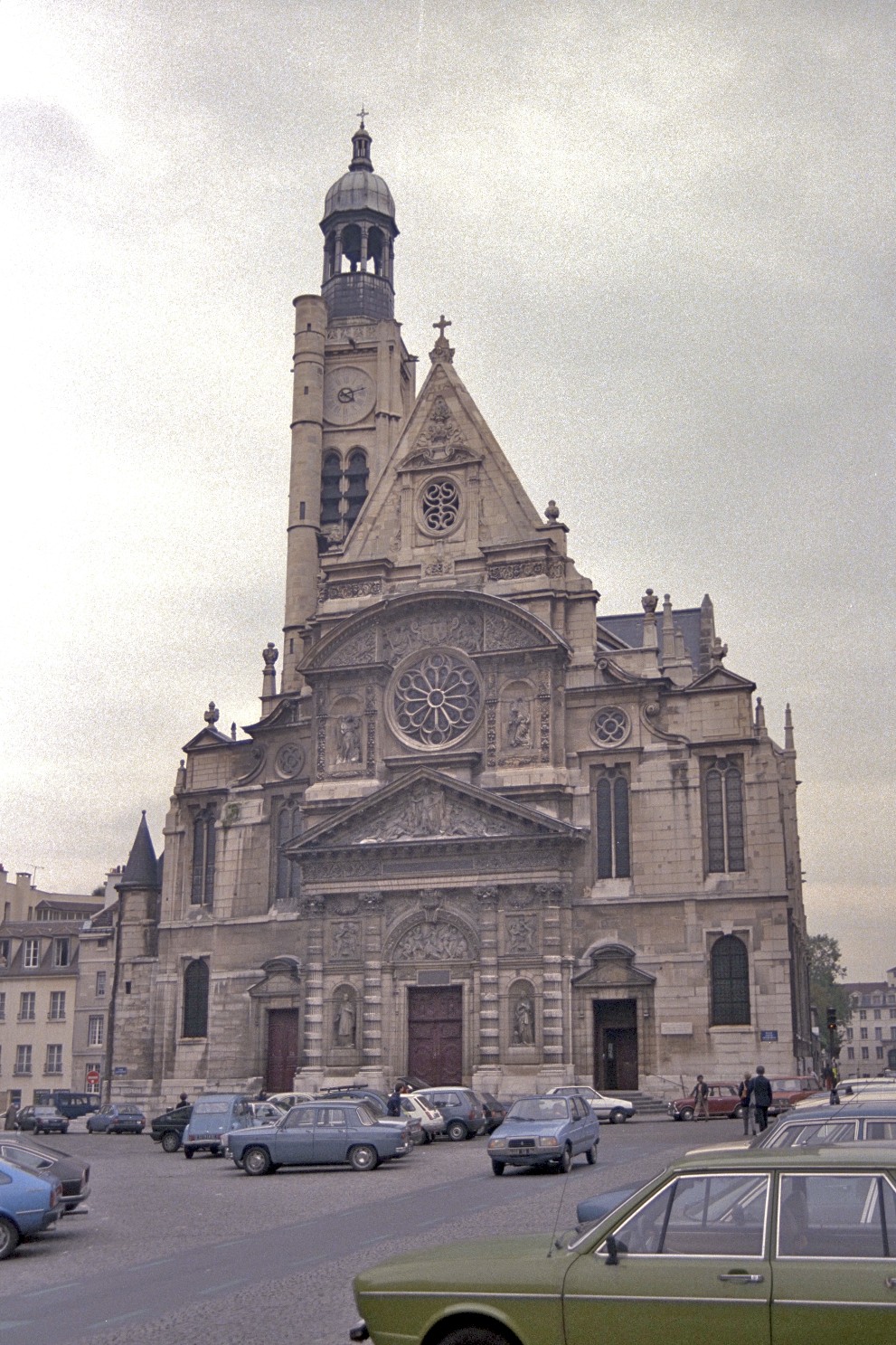 Built 1492-1626, a strange mixture of styles. It is even bent in the plan, as we can see by taking a look at its irregular west front. It is mainly Gothic, but some elements are Renaissance. It is unique in Paris in having a big rood screen in front of the chancel. Such screens were in fashion in the 15th and 16th C., but have been removed in other Paris churches.

Pantheon is here next door, but we saw it on our last walk so we will skip it here.