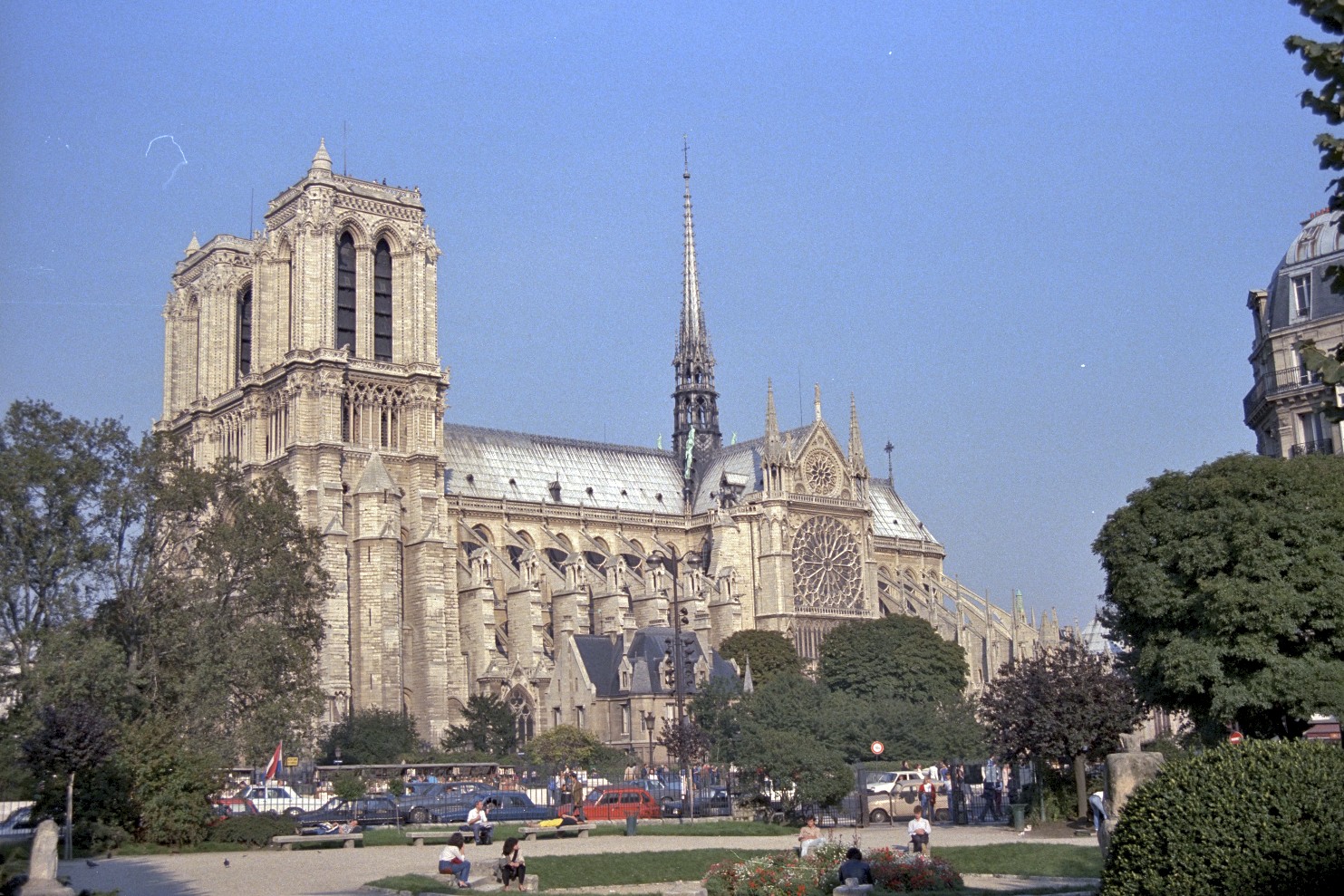 When we arrive at the other end of the street we first observe Notre-Dame which lies open before our eyes on the far side of Pont Saint-Louis. We  turn right and walk along the river bank around the whole island.

We first stop at the bend of Quai de Bourbon and enjoy the downriver view. Then we continue along Quai d’Anjou where some of the finest mansions are, such as Hôtel de Lauzon at no. 17 and Hôtel Lambert at no. 1. In French hôtel means a town mansion and not necessarily a guest house or hotel. We turn again over Pont de Sully over to Quai de Béthune and then Quai d’Orléans.

Here one can often see sunbathers and anglers on the lower bank below the street level when the weather is fine. On the bend of Quai d’Orléans there is a splendid view through the foliage of the trees to the back of Notre-Dame which many find to be at its most beautiful from this direction.

Next we turn left over Pont Saint-Louis to Ile de la Cité. First we ignore Notre-Dame and turn right along Quai aux Fleurs. Soon we turn left down steps to Rue des Ursins.

It runs parallel to the bank. We are down at the original level of the island and in a medieval aura from the 11th and 12th C. Such was the island before city planner Haussmann overthrew everything on behalf of Napoleon III. We walk the narrow street to the end.

Then we turn left into Rue de la Colombe and then again to the left into Rue Chanoinesse. These streets constitute the ancient quarter of monasteries.