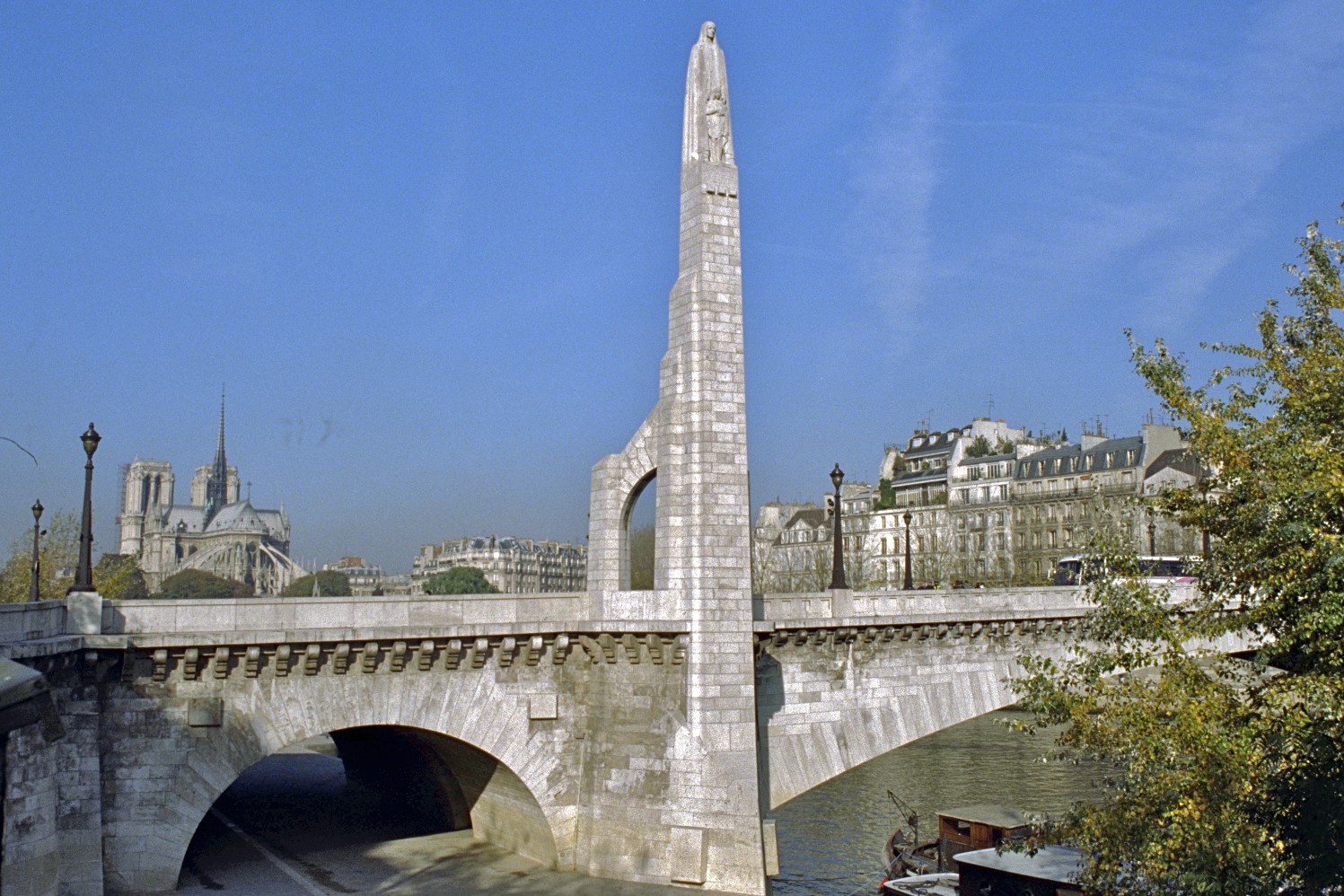 From the bank there is a nice little footpath behind the church for a detour to have a quick cup in quaint Ébouillante. Then we return to the bank which here is named Quai de l’Hôtel-de-Ville. We now have Ile Saint-Louis on our right. When we are midway opposite it, we cross the river on Pont Marie, Rue des Deux Ponts, and Pont de la Tournelle to arrive at the Left bank.

This bridge is a famous Seine viewpoint. In the Middle Ages a chain curtain was stretched here between two castles on opposite banks to prevent attacks on the city. A bridge was first built here in 1370.

On the bridge there is a monument in honour of Sainte Genevieve, the patron saint of Paris, the girl who protected the town against the fury of Attila the Hun in 451.

The ancient and famous restaurant Tour d’Argent is opposite the bridge on the mainland side, tempting travellers with a stunning view and a pressed duck for dinner.

From there our path is downriver along the Left bank. Notre-Dame dominates the view and makes us stop every now and then.

The square is opposite the west end of Notre-Dame. We enter the garden in the square. From there we have one of the best views to Notre-Dame. The garden also has a tree said to be the oldest in the city. Behind the garden we see Saint-Julien-le-Pauvre from 1165-1220, described in a later walk.