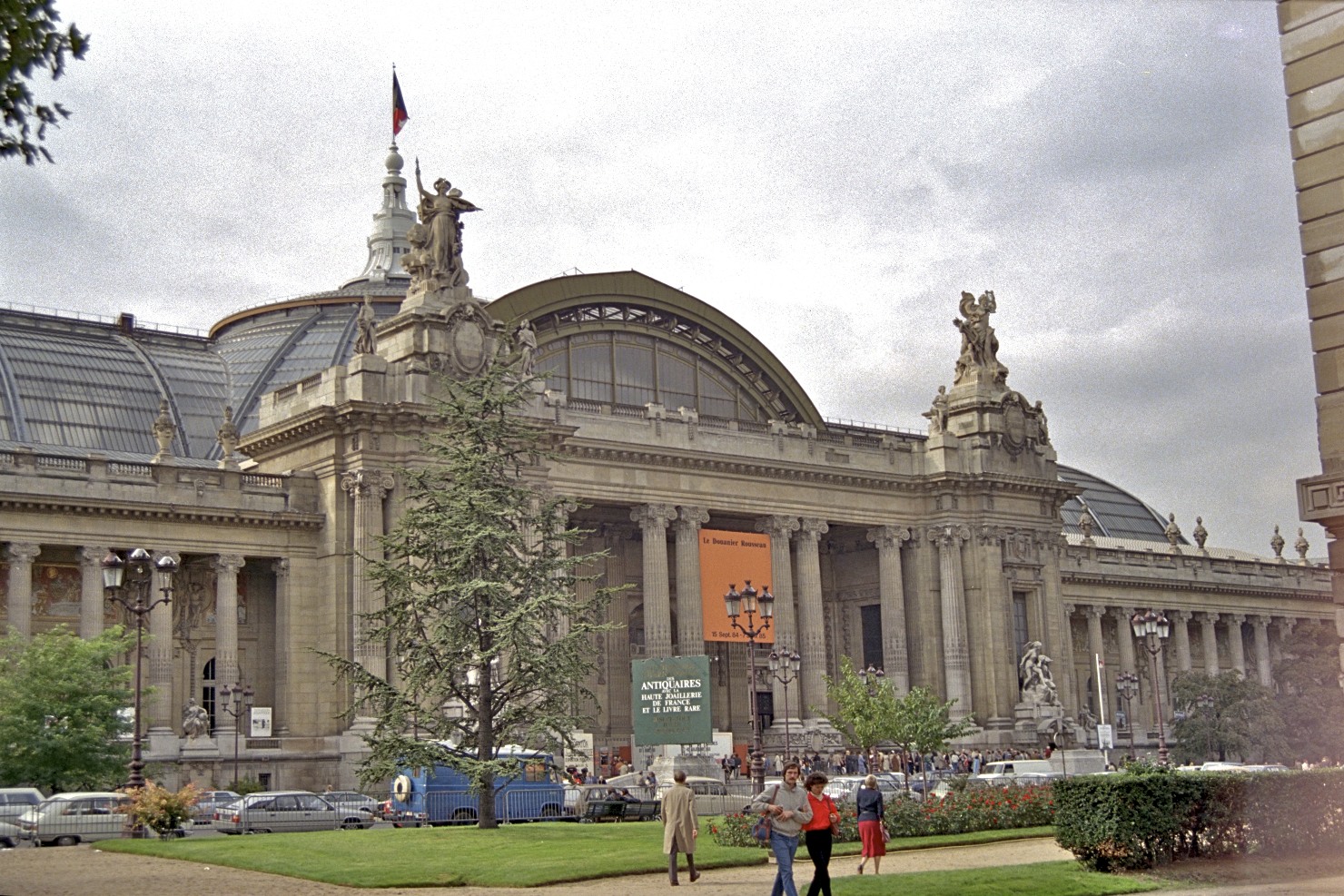 We continue along the Champs-Élysées. To our right we see the Grand Palais.

Grand Palais and Petit Palais were built to house the World Fair of 1900. Their structure is of steel and glass, but the exteriors are in the heaviest of the Historical style of architecture, popular at the end of the last century. The fronts of Grand Palais are for example completely lined with Ionic columns.

The part of Grand Palais facing west, to Avenue Franklin D. Roosevelt, houses the French museum of inventions, Palais de la Découverte. It is an ode to French achievements in technology and science, open 10-18, closed Monday.

The other part, facing east, to Avenue Winston Churchill, is the venue of yearly fairs, such as automobile fairs, and also of specialized exhibitions of art. 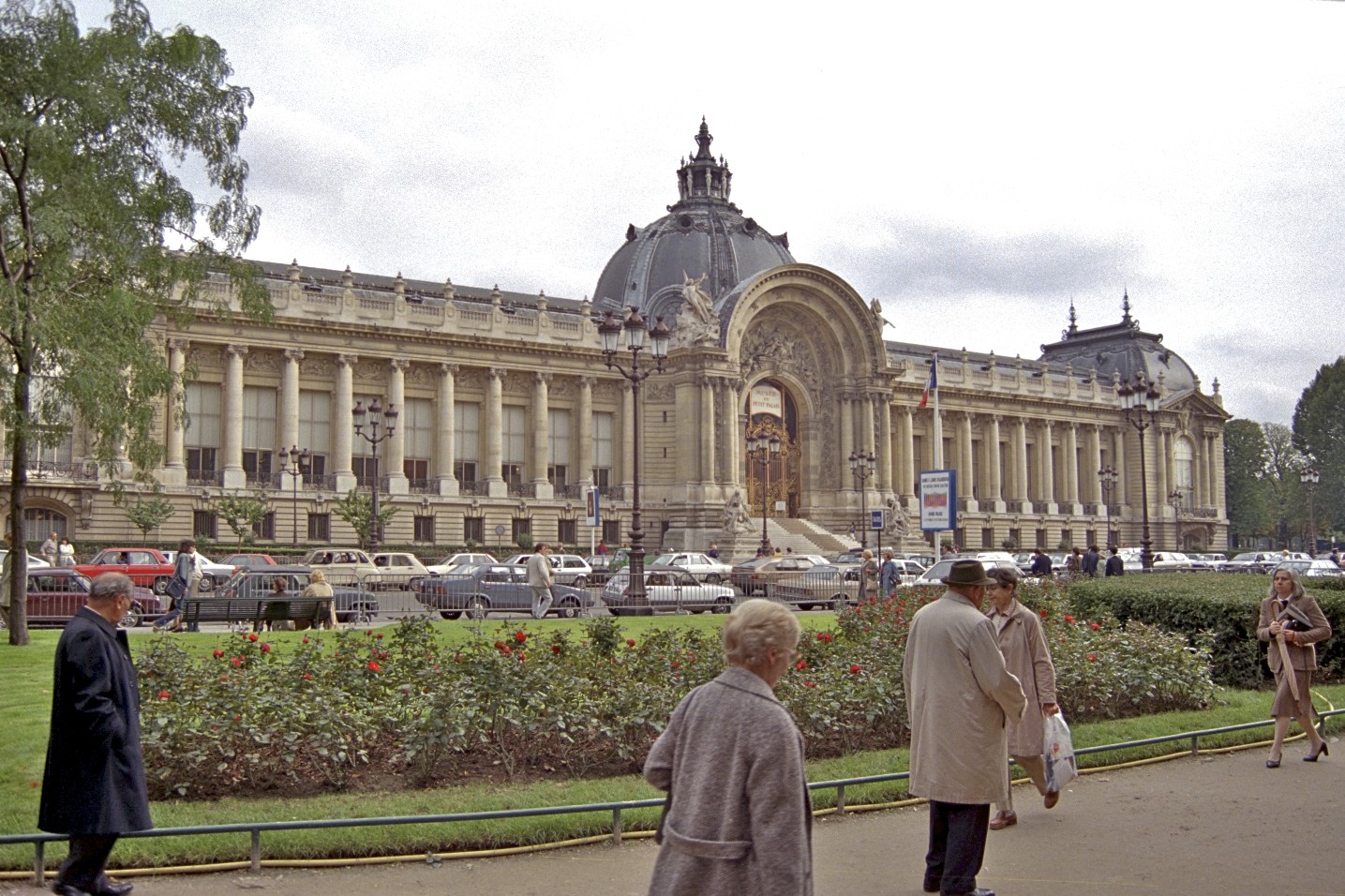 Opposite Grand Palais there is the Petit Palais.

It houses one of the biggest museums of art in the city. It covers most epochs in history, ancient and recent. There are also monumental exhibitions, some of them so difficult to assemble that it will not be tried again.

From Avenue Winston Churchill we can see directly over Pont Alexander III all the way to Invalides. The bridge was built in 1900 in the ornamental style of that period.