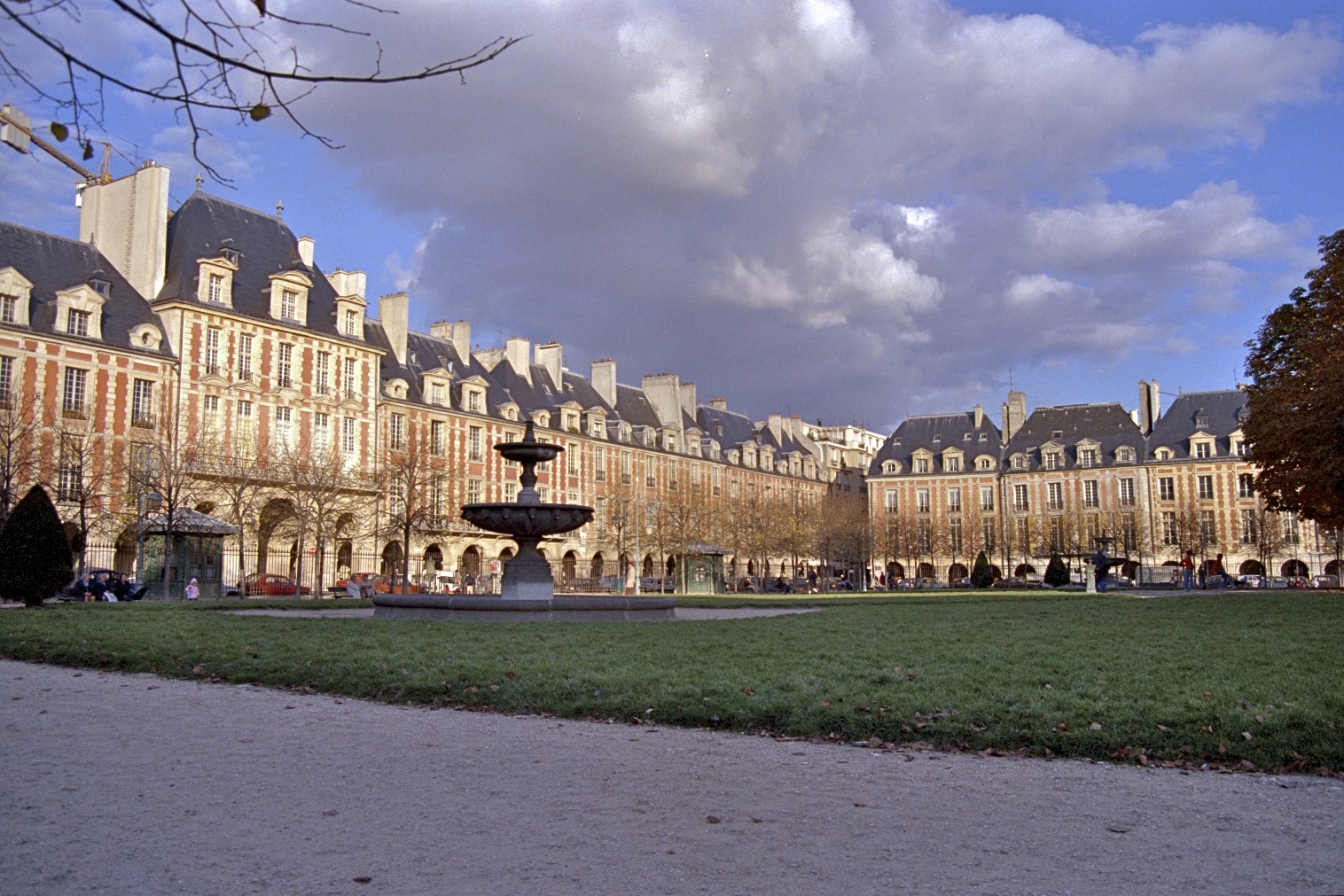 We pass the church and come to the main street, Rue Saint-Antoine. There we turn right and walk a bit until we come to Rue de Birague at our left. We turn into it and go straight to Place des Vosges.

The oldest and one of the most charming squares of Paris, laid out in 1605-1612 at the instigation of Henri IV. With him the house of Bourbons took over from the Valoisians. The Bourbons reigned in the 17th and 18th C. up to the great Revolution of 1789. The big garden in the square was once a favourite duelling ground but now it is popular with nannies and soccer boys.

The houses around Place des Vosges are in a late version of Renaissance, now usually called the Mannerist style. Out of this style the typical French Château style evolved here. The houses are built of red bricks and yellow, hewn stones. They are all in consistent units. An arcade gives a shaded promenade around the spacious square.

Most of the noble houses still have original façades after four centuries, including their high roofs. We entered the square beneath the King’s palace, Pavilion du Roi. Directly opposite it, at the other end, is the Queen’s palace, Pavilion de la Reine. In the near corner to the right is a house where the author Victor Hugo lived for many years.