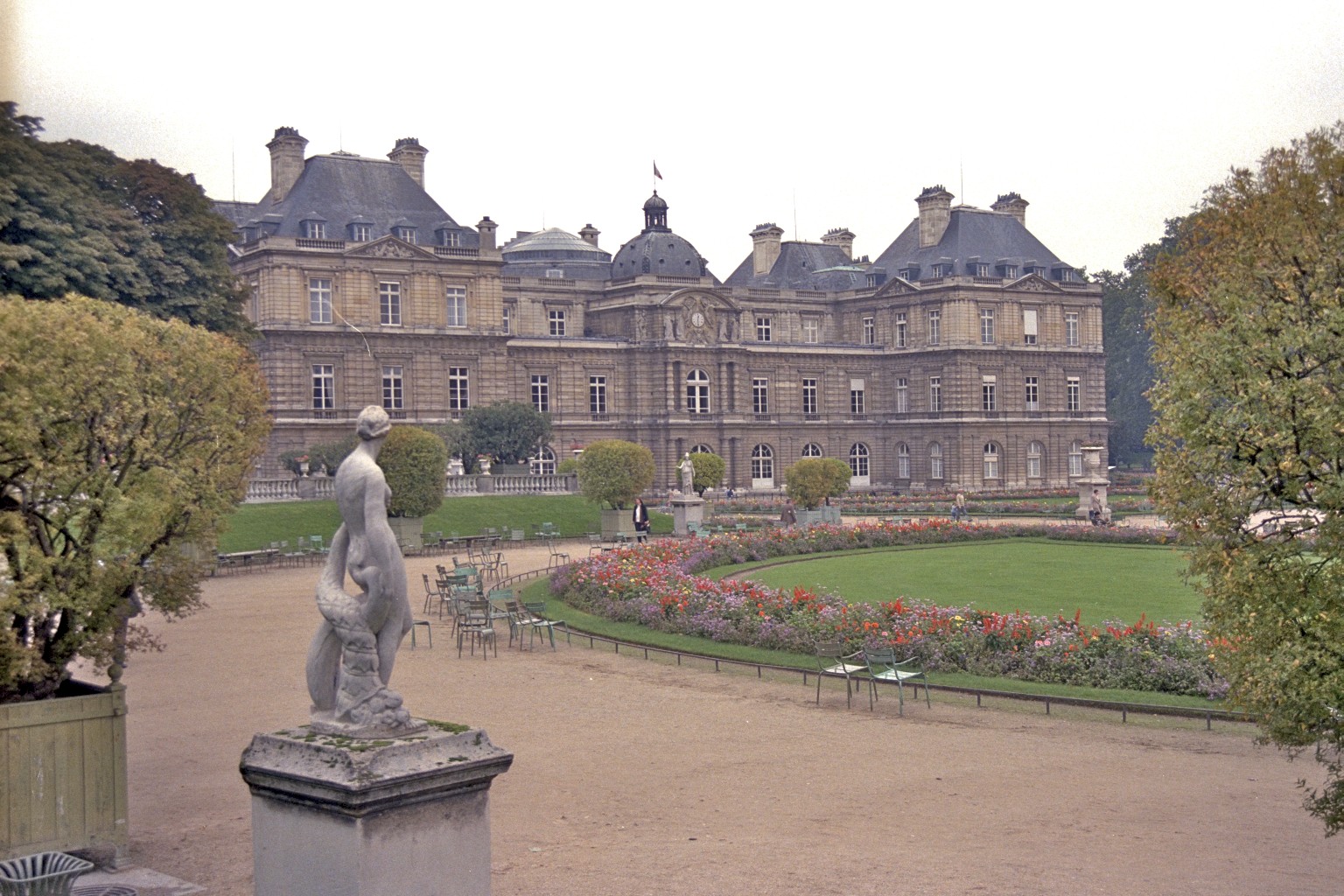 From the front of the Panthéon we walk down Rue Soufflot, cross the famous street of pavement-cafés and book shops, Boulevard Saint-Michel, and enter the Jardin du Luxembourg.

The most extensive green space on the Left bank, mainly laid out in a formal French style. The western and southern sides though are done in a relaxed English style. The centre of the garden is an octagonal pond in front of the palace. Children often play there with their boats. The garden abounds with statues and sculptures.

We turn our attention to Palais du Luxembourg.

Built 1615-1625 for Queen Maria dei Medici in Florentine Renaissance style. It now houses the French senate. Its president lives in the small palace, Petit Luxembourg, which adjoins the bigger one to the west. Many works of art are in the palace, including paintings by Delacroix in the library.